Ask a question
About us
Portfolio
Contact
Services and prices
info@logo-brand-book.us
PayPal
Demo 0$

Logo design from the portal "Identic-brand" from 500$.

Any business (regardless of its size and lifetime) needs a competent visual packaging. Among the first steps on this path is designing your custom logo. A logo is a key, irreplaceable element of a corporate image allowing you to stand out in a competitive environment, be remembered by potential buyers, and attract additional attention. 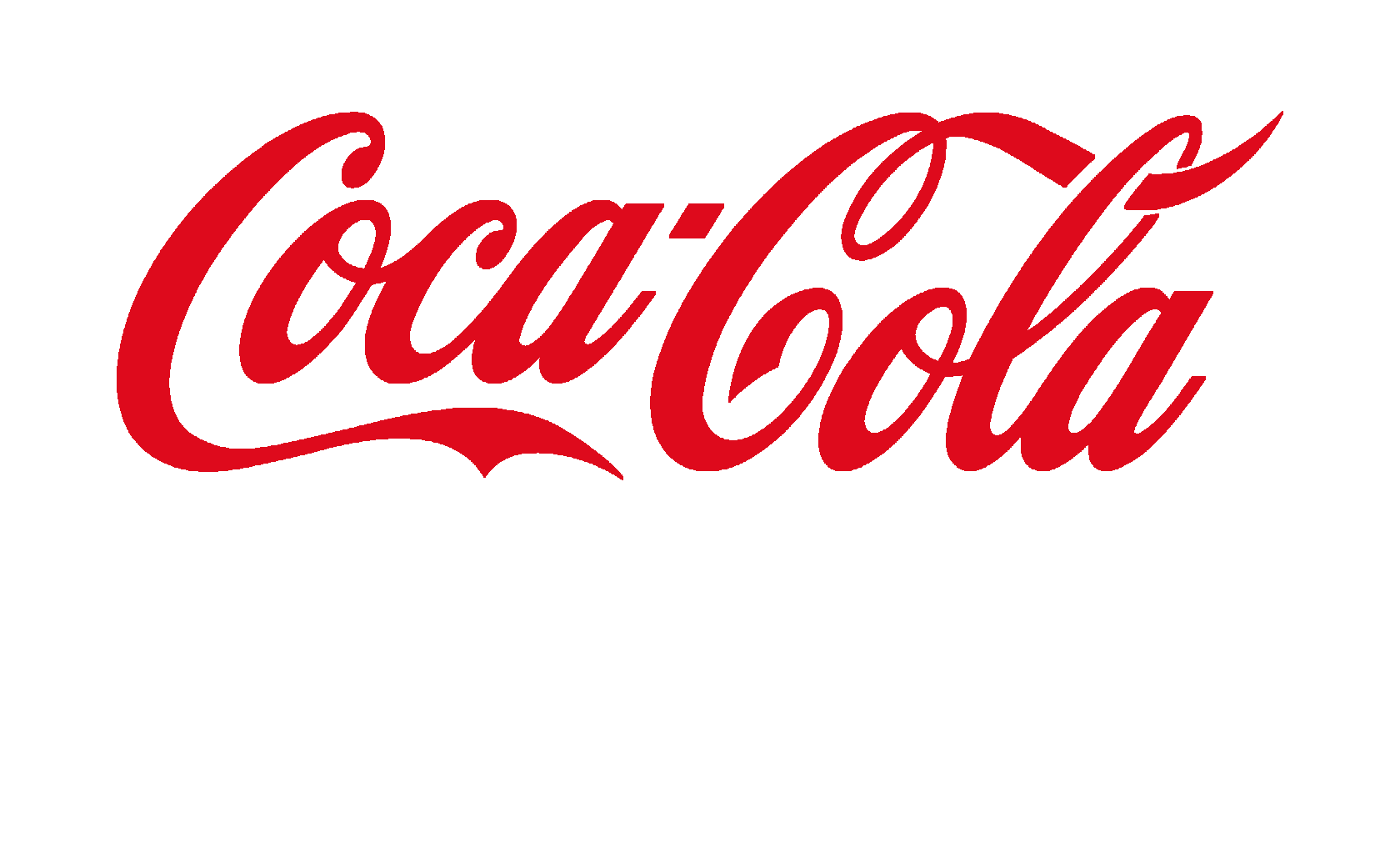 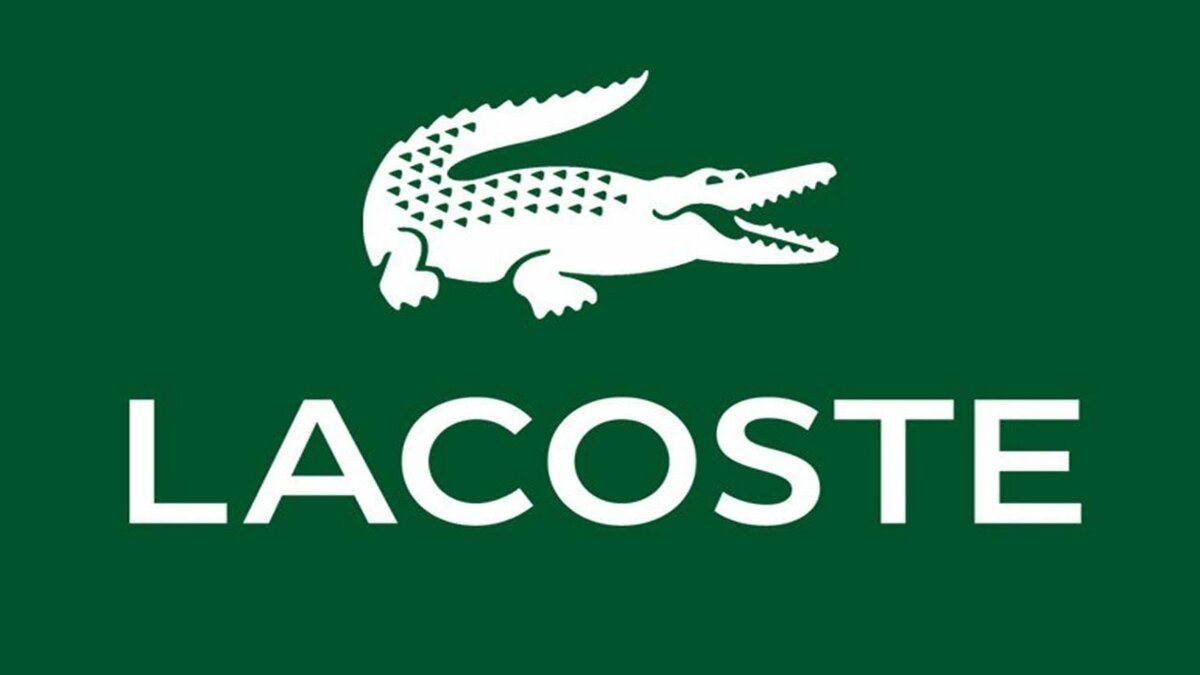 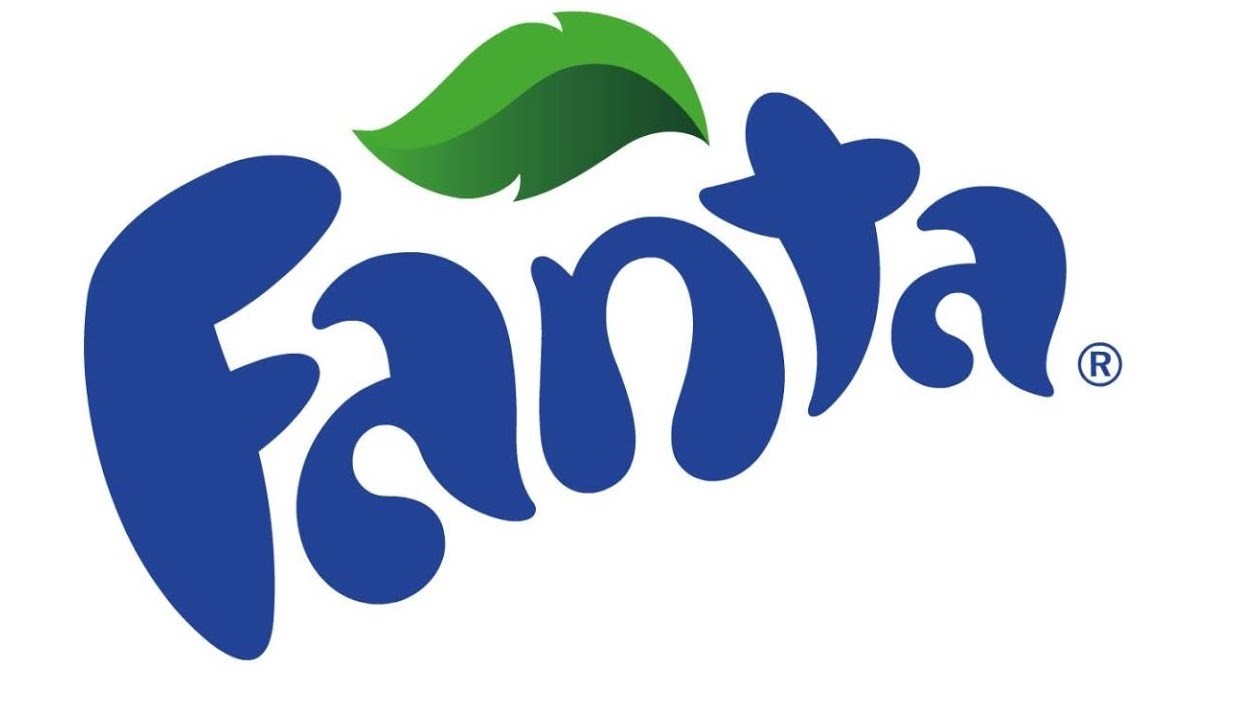 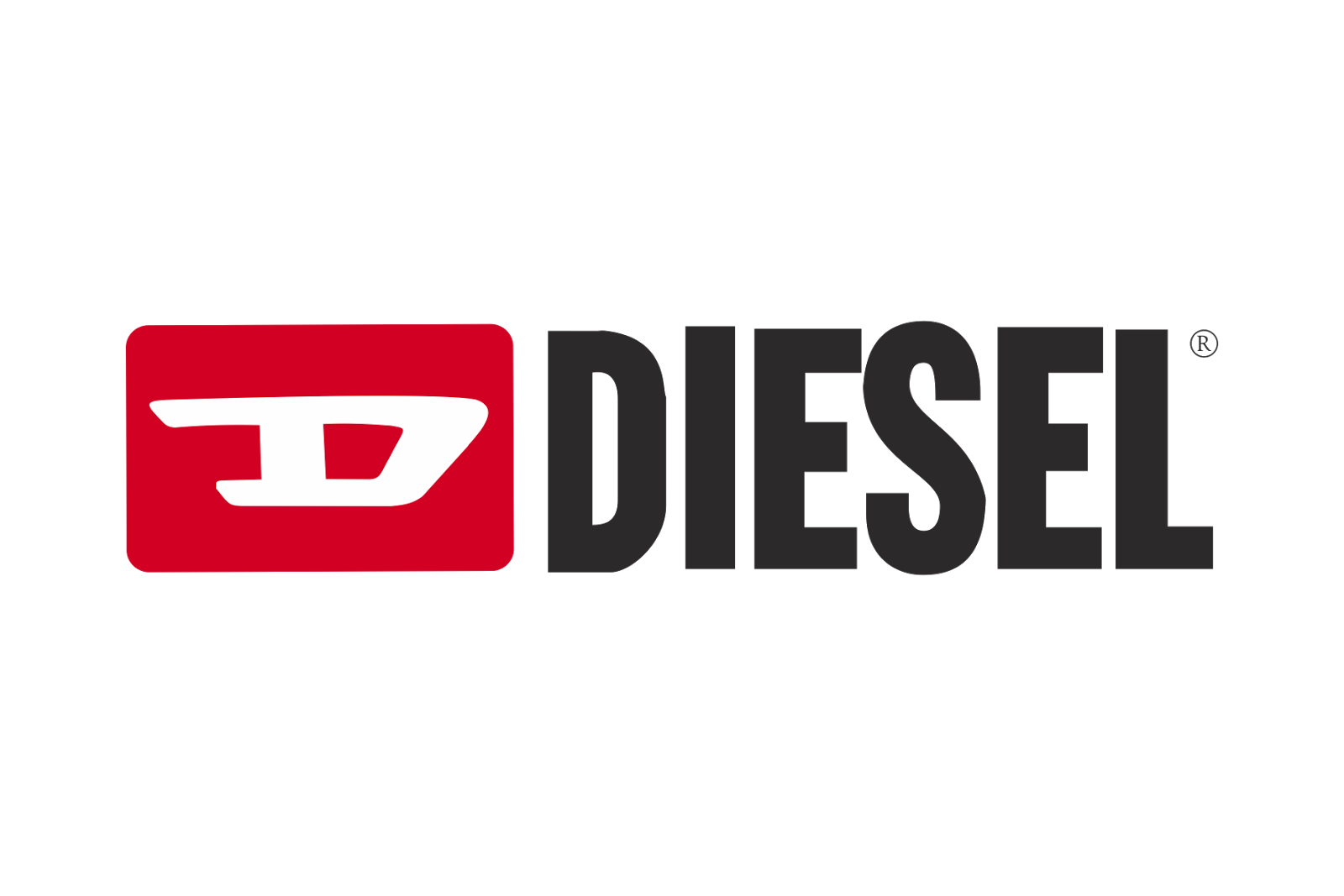 What a logo should be

The logo is intended to be placed on all advertising surfaces and media (for example, on signs, brochures, billboards, a website or social networks). At least for this reason, its creation should not be regarded as some kind of passing insignificant task. A good logo really increases the credibility of the company in the eyes of customers, and has a positive effect on its reputation. At the same time, a business having no logo today can be perceived by many as something outdated, suspicious or frivolous. This perception can certainly be wrong, but such are the trends.

A successful logo can be textual, graphic, combined or abstract. The main thing is that with just one glance at him, a person is aware of which particular company he is associated with. From this it follows that there can be no question of some random (albeit very bright) image. That is, when creating a logo, there are many factors to consider.

In particular, its elements should correspond (or at least not contradict) the products or services offered by the company.

In addition, a logo should affect feelings - it will be great if a person has positive emotions at the first glance.

Moreover, a high-quality logo should give birth to predetermined associations in the minds of those who contemplate it. If a company sells some goods for babies, then the signs, images, fonts and colors that are in the logo must be associated with motherly love, taking care of children. There is no place for something harsh and aggressive. Otherwise, people may experience, as it is fashionable to say now, cognitive dissonance.

Furthermore, the logo should not violate the rules of typography. Case, typeface, point size, typeface, letter spacing, compliance or non-compliance with the golden ratio - all this is of fundamental importance.

It is not recommended by the experts to use more than two fonts in one logo. It is also believed that it is better to choose clear, readable fonts, when meeting with which an ordinary person would not have to spend extra seconds decrypting. It is truly important in the situations when a person is driving a car and the logo "is looking at him" from the main board. In fact, it makes sense to take some kind of complex, hard-to-read font only when the concept is based on some abstractness or mystery.

And with flowers, perhaps, everything is even more difficult. In fact, there are good and bad use cases in marketing for absolutely any color. And, when going to apply this or that shade, it is advisable to know in which area it will be extremely relevant and in which not, how it affects the psychology of people, how it is perceived in different layers of the population and in different cultures ... And when it is not about one, but about a combination of several colors, subtleties become even more.

But if a designer is talented and knows how to really handle colors and fonts really well, then the result will surely be a beautiful logo. And, undoubtedly, such a logo can even contribute to an increase in the real value of goods (if, of course, it will be used in their design). There is a very simple explanation for this effect: one wants to pay more for something elegant and beautiful on some subconscious level. Beauty, aesthetic appeal is a really very significant property of advertising images and corporate identity.

One more thing. Those who want to develop a logo graphic design should not think that the result are insanely complex. Complexity is not a virtue, it gets in the way. The art of a designer is precisely to create a graphic composition, which, on the one hand, will solve a lot of problems, and on the other, will be as simple as possible. Practice shows that the most recognizable logos, as a rule, are distinguished by their simplicity. In general, images with a lot of detail are not very suitable for scaling. With a strong decrease, they can lose their sophistication (small elements will become schematic or simply lost). And in general, it turns out that such a logo will be able to fully fulfill its functions only if it is looked at from a close distance.

Why shouldn't you skimp on the logo

It is clear in order for a logo to meet all of the above criteria at once (and only under this condition its effectiveness will be greatest), professionals should be engaged in its development. A logo made on your own on some online service will definitely be worse and will not allow you to achieve the goals that are set for it.

In general, for a small, newly opened startup, investing in a high-quality logo is even more important than for established companies. For beginners, their own corporate identity is a real chance to detach themselves from competitors, to indicate their uniqueness. It is quite possible that this particular style will induce numerous buyers who have not heard anything about the newly formed company before to turn to its services.

And do not forget that the logo is created for a long time and will represent the business structure for many years, which means that you cannot do without thoroughness and serious brainstorming. A graphic sign made quickly and cheaply will almost certainly have a lot of flaws, which at some point will certainly show up and damage the reputation of a business company. Among other things, it may turn out that in fact this mark is secondary and contains elements that have long been used by other brands.

It is worth mentioning: when a potential customer contacts a studio to develop a company logo, he is often offered a so-called logo book. This is a special file or booklet that contains a detailed description of the logo and a list of rules for its use. It contains literally all of its significant characteristics - size, set of colors, the ratio of elements to each other. That is, this is a canon, the presence of which allows avoiding discrepancies and double interpretations when using the logo in different departments of the company and in cooperation with various contractors in the field of PR and advertising.

Company Naming: about the service and its specificity

Owners of startups (or businesses that need a complete rebranding for some reason) may want to create logo along with the name and slogan. The service for the formulation of the name is precisely called naming, and it also deserves a separate close examination.

Why naming is not as easy as it seems.

In reality, it is quite difficult to come up with a suitable brand name (although most often it consists of a maximum of three words). Anyone who has done a similar job at least once will confirm this.

In fact, dozens, if not hundreds of names are worked out within the framework of naming, and each of them is analyzed (phonetically, semantically, from a marketing point of view, etc.). From this variety, only a few are selected that fully satisfy a long range of conditions, and then the choice is already made between them. Ultimately, only one name (which will be considered objectively the best) is taken into service.

It is believed that a high-quality brand name can be invented on the fly, instantly, catching some kind of insight. There is such a probability, but it is rather low. In general, professionalism is no less important in naming than, say, in web design. Moreover, in the modern world, everything related to the public activities of companies is viewed and studied by the public as under a magnifying glass. And this means that when choosing a name, you need to take into account whether it has any additional meanings, and whether it can be interpreted in a wrong, offensive and / or unacceptable way for anyone. If you neglect this, then you can get a big public scandal with unpredictable consequences. There have been many such scandals in recent years.

In addition to the name, a slogan is also invented. And this work also has its own nuances. At the same time both the name and the slogan should form a kind of integral whole. 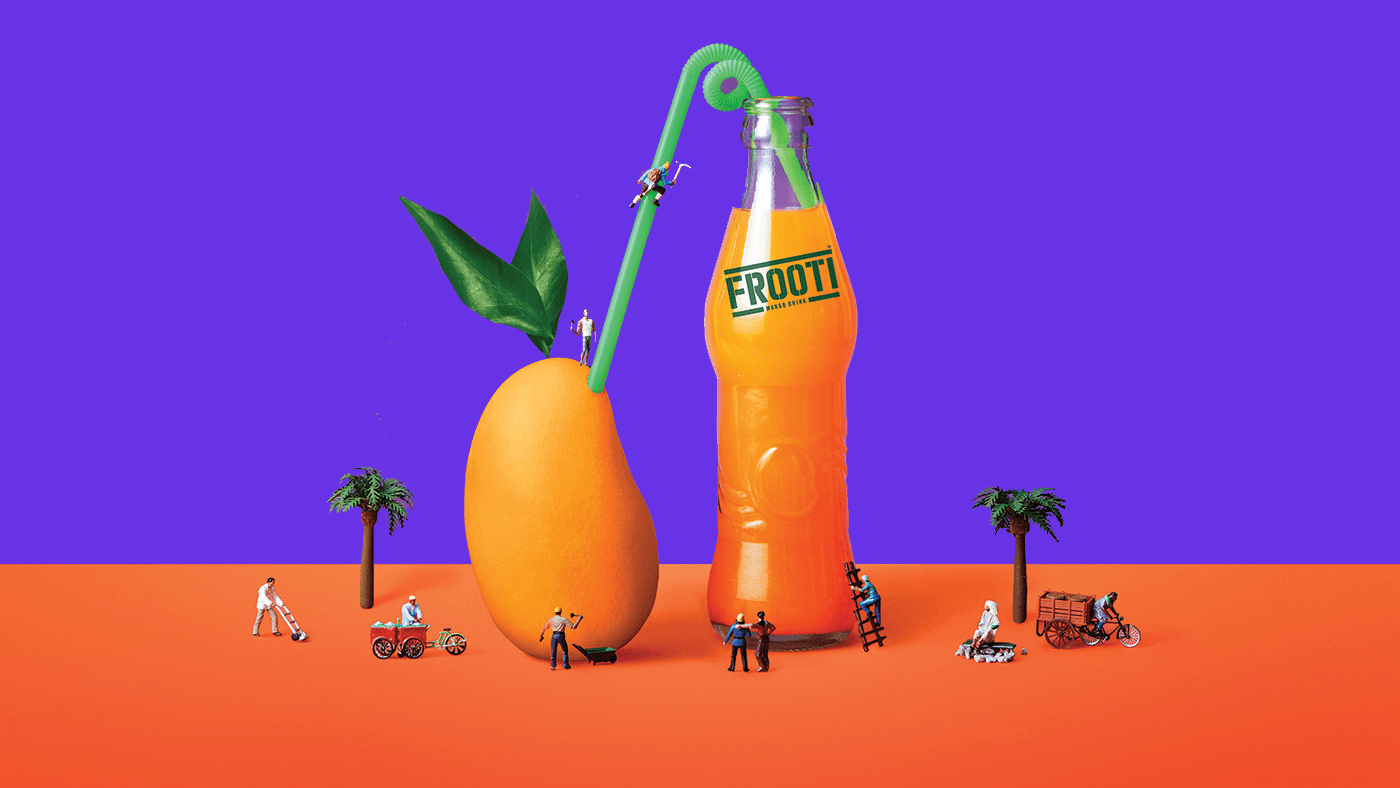